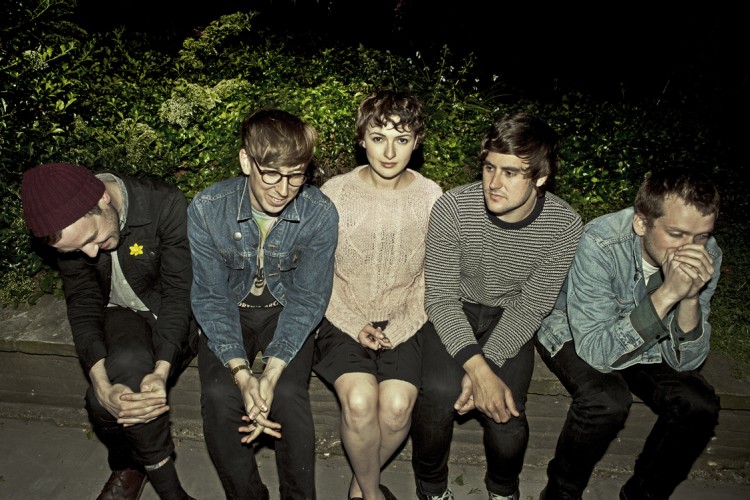 The five-piece London-based band, formed slightly over a year ago, are connected by their Humberside origins. They encompass the wistful sound of jangly eighties guitar pop and early nineties shoegaze, completed by the intertwining male/female vocals of siblings Greg and Hester Ullyart – you can almost imagine them soundtracking your favourite John Hughes movie. Since putting debut tracks ‘Single Beds’ and ‘North’ online they have bubbled on the mouths of tastemaker blogs and their debut EP has set to prove them right. The recently released four track EP sees the band retaining the same nostalgia soaked melodic pop sensibilities they have been noted for, with lead track ‘Embers’ debuting to a phenomenal response via PITCHFORK, who described it as

‘..a simultaneous surge of fuzzed guitars and harmonized vocals that recalls shoegaze without its defense mechanisms, or twee indie-pop with more muscle.’

Clash called it ‘..a wonderful, shimmering document of youthful promise coming into fruition.’

“’Single Beds’ is the sound of London adolescents fighting back. Landing with a hook that rivals many current C86 revivalists, [it] is far too bright and bookish for musical nostalgia or melancholy; rather, it’s is an indication of recapturing and reclaiming a movement they rightfully think as their own.’ – DIY

“Sounding like constituent members of The Cure (somewhere between ‘Just Like Heaven’ and ‘Friday I’m In Love’), Ride, Teenage Fanclub and Silversun Pickups all buddying up and rewriting the Drive soundtrack.’ – Killing Moon

“With a nu-wave heart and jangly indie guitar stirring in its soul, it is quite simply perfect indie-pop.” – When the Gramophone Rings

END_OF_DOCUMENT_TOKEN_TO_BE_REPLACED
« Night Owls
Nineties Boy »
Home
Back
All details are correct at time of publication but may be subject to change without notice. This website contains copyrighted material which we have acknowledged where possible. If you are the owner of copyrighted material and do not agree with its use please contact us.
See our Terms and Conditions and Privacy Policy.
Copyright © 2022 Sesh Events
Web Design: The Missing Dimension