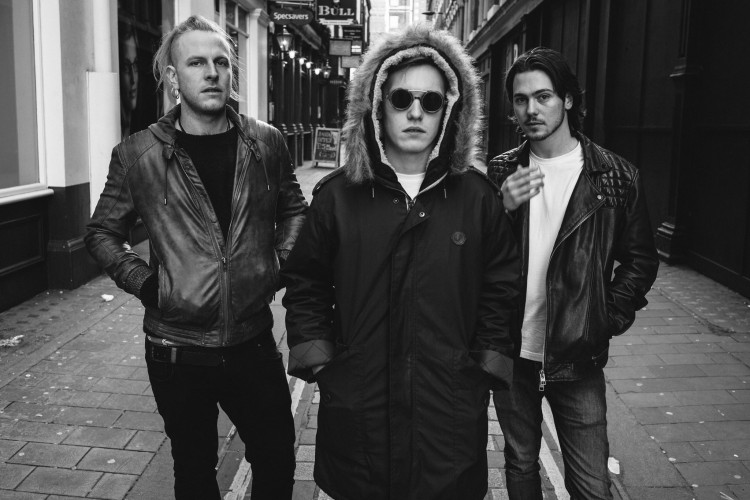 Formed in 2014 by two brothers, Patrick and Christian Smith, Odd Rival are a hard hitting Brit-Rock band, sounding like a fusion between Foals, Ride and RATM. Determined to play as often as they can, they’ve been touring their ferocious live show relentlessly since the bands inception.

After refining their sound on the road the band is set to release their debut EP “Keep Repeating” on July 23rd 2015.

“…high-octane Brit-rock smashers Odd Rival….blew the paint off the walls and the eyebrows off the girls…one of the most impressive live sets I’ve seen” – Mark Lippmann (Scruff of the Neck Records)

“without a dull moment, spanning styles yet always feeling coherent….Odd Rival are a perfect example of a DIY band” – Art Needs an Operation Magazine

“The vocals sound like a more melodic/upset Isaac out of Slaves, and the chorus is big and anthemic….something about this band makes me think NME will love them soon” – Eat Y’self Fitter

“If you know any naysayers who have lamented guitar music’s demise, play them Odd Rival and see if they still think the same.” – This Year in Music

END_OF_DOCUMENT_TOKEN_TO_BE_REPLACED
« Octopus
Oedipus the King »
Home
Back
All details are correct at time of publication but may be subject to change without notice. This website contains copyrighted material which we have acknowledged where possible. If you are the owner of copyrighted material and do not agree with its use please contact us.
See our Terms and Conditions and Privacy Policy.
Copyright © 2022 Sesh Events
Web Design: The Missing Dimension