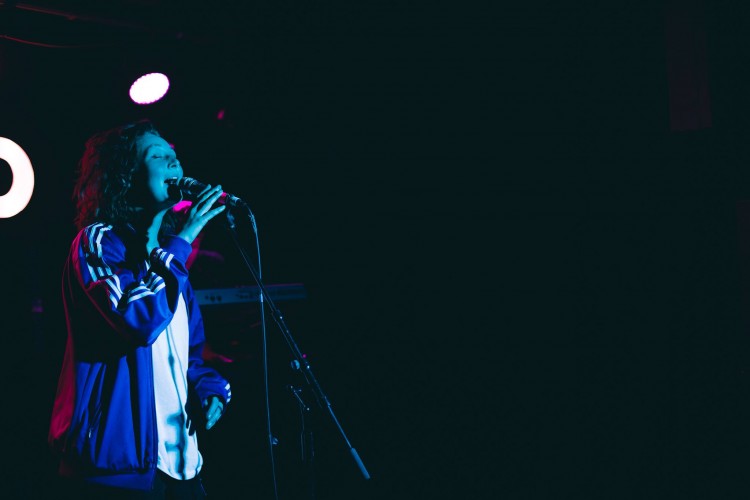 Yorkshire ​outfit​ Polo (formed of song-writing trio Luke Lount, Kat Mchugh and Daniel Egdell​) might hail from Leeds, but the ​band’s glacial atmospherics and lush, r’n’b-tinged pop are an ethereal world away from the spit’n’sawdust DIY scene that the city’s best known for.

Formed in 2015, the ​band released hypnotic, woozily seductive debut single ‘Visions of Fortune’ later that year and racked up performances at annual inner-city festivals Live At Leeds, Tramlines and Long Division, as well as supporting the likes of Bipolar Sunshine and Charlotte OC. ​

2017 saw the release of their most instantly catchy and accomplished track to date, ‘Gold Horizons’​. After receiving the coveted PRS ‘Women make Music’​ grant, Polo later released their debut EP, ‘Alice’, in March, 2017.

Building upon that success, Polo released the wobbly and woozy ‘Zeitgeist’ in September, 2017. Exploring a kaleidoscope of exotic sounds, Polo proved their ability to cultivate refined pop bangers. Polo are now set to release a sophomore EP in February, 2018.
———————–
Noisey – “Polo deliver glass-shattering production and coloured with slashes of sparse and beautiful vocals”

Wonderland – “the [trio] specialise in a vaguely RnB inspired sound that marries crisp, intelligent production with a lyrical edge and, of course, McHugh’s strong vocals.”

END_OF_DOCUMENT_TOKEN_TO_BE_REPLACED
« Polevaulter
Post War Glamour Girls »
Home
Back
All details are correct at time of publication but may be subject to change without notice. This website contains copyrighted material which we have acknowledged where possible. If you are the owner of copyrighted material and do not agree with its use please contact us.
See our Terms and Conditions and Privacy Policy.
Copyright © 2022 Sesh Events
Web Design: The Missing Dimension