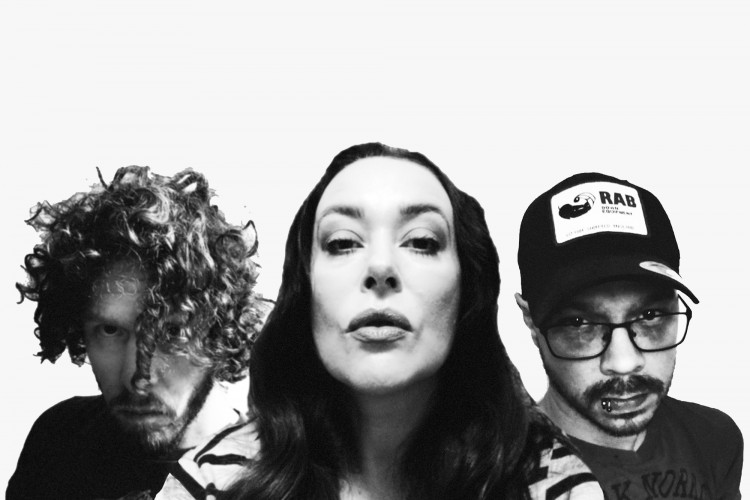 The Evil Litter, Claire Scott, Leon Welburn and Nathaniel Lawson, are a loud, garage three piece from Hull, UK. Combining enigmatic lead and backing vocals with heavy thrusting guitar and polyrhythmic drums in the ‘no wave’, ‘post-punk’ style.
They write all their material in twenty minutes, which is strictly adhered to, ensuring the songs are brutal and immediate. Influences include Siouxsie and the Banshees, The Slits, Public Image Limited, Television, Sonic Youth and early PJ Harvey, although they don’t try to emulate a ‘sound’.
Their stage energy is as intense as the songs lyrical and musical content, thundering through an atmospheric and catchy set that leave the crowd wanting more.
Releases include the EPs ‘Runts’ and ‘Injunjo’, followed by the album ‘Keep Yourself Afraid’.

END_OF_DOCUMENT_TOKEN_TO_BE_REPLACED
« Evie Barrand
Eyre Llew »
Home
Back
All details are correct at time of publication but may be subject to change without notice. This website contains copyrighted material which we have acknowledged where possible. If you are the owner of copyrighted material and do not agree with its use please contact us.
See our Terms and Conditions and Privacy Policy.
Copyright © 2022 Sesh Events
Web Design: The Missing Dimension