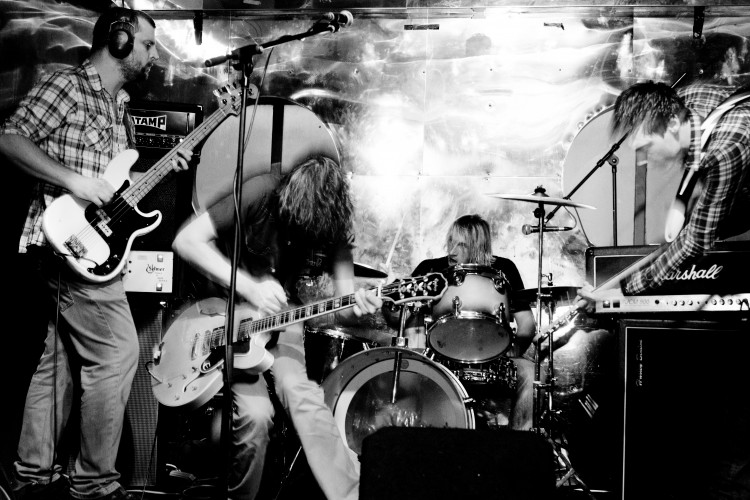 The Holy Orders were first told that their amps were too loud in 2006.

Since then, the four-piece from Hull have divided the opinions of many sound engineers. The combination of strong songs, melodies, massive amounts of energy and huge dynamics has gained them a reputation as a ferocious live act.

Their debut album ‘For the Ears of Dogs to Come’ was released in the summer of 2013 and has been gathering acclaim ever since.

After an unusually quite 2016, The Holy Orders have signed to The Adult Teeth Recording Company and released brand new single – Dedicated Follower of Fashioning Misery.

Press:
“Just when you’ve had it with Strokes/Interpol/Editors soundalikes along come The Holy Orders and restore your faith in indie guitar music” Tom Robinson, BBC 6Music

“The Holy Orders are here to rescue rock from the fakes, the phonies and the frauds.” The Devil has the Best Tuna

“For the Ears of Dogs to Come is everything that makes them a fantastic live act captured on tape, a gutsy, guitar-driven affair with tangible emotive qualities.” 9/10 Whisperin’ & Hollerin’

“The best thing out of Hull since the Humber Bridge” Josh T. Pearson

END_OF_DOCUMENT_TOKEN_TO_BE_REPLACED
« Holly Blackshaw
Honeyskull »
Home
Back
All details are correct at time of publication but may be subject to change without notice. This website contains copyrighted material which we have acknowledged where possible. If you are the owner of copyrighted material and do not agree with its use please contact us.
See our Terms and Conditions and Privacy Policy.
Copyright © 2022 Sesh Events
Web Design: The Missing Dimension