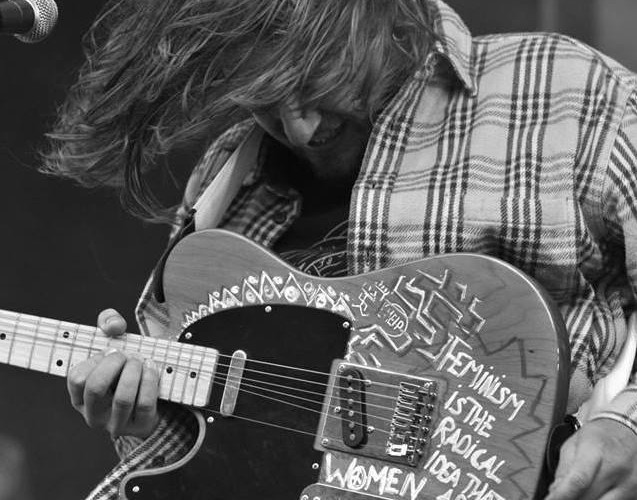 Tom Skelly is real, his music is dark and comes from the depths of his soul. He lives a quiet life by the sea, walking along beaches and through fields. His songs reach into a very personal space and put it all out there on show, maybe this is how he deals with the darkness at the same time as being the most positive and humble of people I have met.

Unlike most song writers and musicians right now Tom doesn’t beg for attention, he doesn’t want for anything more than to make honest music, for people who want to listen. Maybe this is why his music feels real and from a place of innocence. It’s not trying to BE anything. It’s the sound of a young man discovering his voice, ripping open his insides for all to bare witness.

His debut album was a collection of his first works over the past year brought together almost as a compilation. Every song from a different session, with a different mood and a different feeling. Mostly acoustic based yet moments of delicate piano take you by surprise and loud guitars and drums hit you when you least expect it. Every song starting with a solo vocal and guitar performance and then being built upon by an array of guest musicians.

Much like the dark sound of Mark Lanegan or the simplicity of Fink, Tom is not just another acoustic singer songwriter but an original artist with depth to his music. This album is the beginning of something big.” – Stewart Baxter – Producer

END_OF_DOCUMENT_TOKEN_TO_BE_REPLACED
« Tom Kay
Tom Skelly & The Cool Seas »
Home
Back
All details are correct at time of publication but may be subject to change without notice. This website contains copyrighted material which we have acknowledged where possible. If you are the owner of copyrighted material and do not agree with its use please contact us.
See our Terms and Conditions and Privacy Policy.
Copyright © 2022 Sesh Events
Web Design: The Missing Dimension