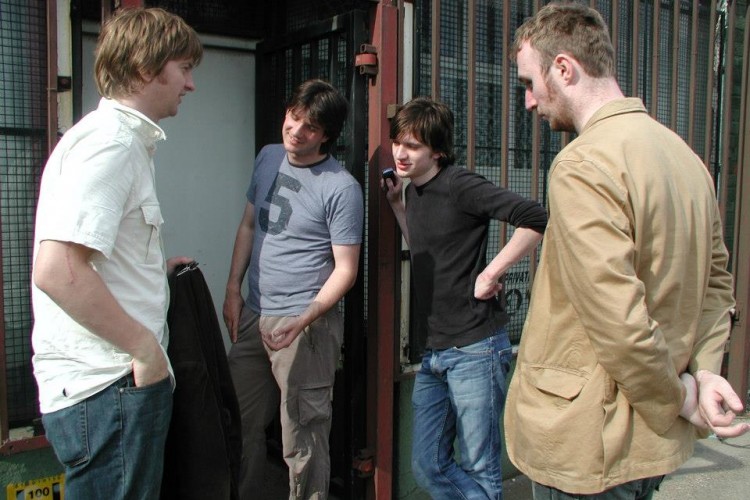 When The Sesh started back in 2002, we had a roster of around 20 bands that played on rotation most months. Roll on 2018 and we have hundreds to choose from and a huge waiting list to play Sesh.

Back in our early days, there were certain bands in the city that seemed destined for greatness, and one such band was a band called TURISMO. Feted as Hull’s answer to Blur and fronted by the enigmatic Paul Baggot, they graced many stages and festivals across the land throughout the noughties, and were considered one of the most loved bands of a generation in Hull.

Their two album’s ‘Too Tall For Fashion’ and ‘Too Small For Passion’ were critically acclaimed and gave us ‘scene’ anthems that still stand the test of time today – such classics as ‘Chinese Tortures’, ‘Rabbi to Rabbi’, ‘Good Enough To Eat’. ‘Break The Law’ and many many more.

Turismo set about getting the kids of Hull dancing with their music. Touring the UK with the like of Hull brothers The Paddingtons.

An ever changing line up of instruments and members from 2006 and a number of hiatus’ later the original four of Baggott, Symonds, Prest and Hobson are writing new material.

END_OF_DOCUMENT_TOKEN_TO_BE_REPLACED
« Trueman & The Indoor League
Two Tribes »
Home
Back
All details are correct at time of publication but may be subject to change without notice. This website contains copyrighted material which we have acknowledged where possible. If you are the owner of copyrighted material and do not agree with its use please contact us.
See our Terms and Conditions and Privacy Policy.
Copyright © 2022 Sesh Events
Web Design: The Missing Dimension